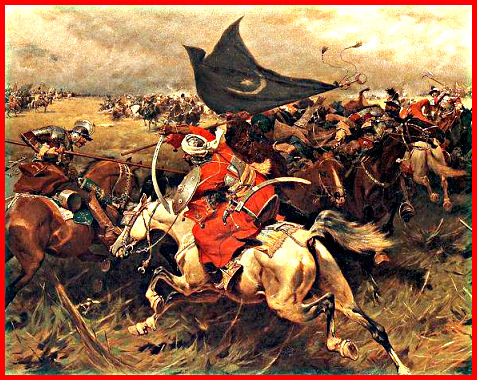 Thanks to former CIA operative Graham Fuller and members of the U.S. State Department, Fethullah Gulen, dubbed “the most dangerous Islamist on planet earth,” has obtained permanent residency status and may remain within his mountain fortress in Pennsylvania for the rest of his life.

Mr. Fuller submitted a petition in favor of Gulen’s application for a green card to a federal judge in Philadelphia.

The ex CIA official said that Gulen merits shelter and protection within the United States because he is an individual with “extraordinary ability in the field of education.”

Why would Fuller endorse an émigré who fled Turkey to escape charges of sedition for his attempt to overthrow the government and establish a New Islamic World Order?

The answer comes from the transcripts and investigative reporter Sibel Edmonds. 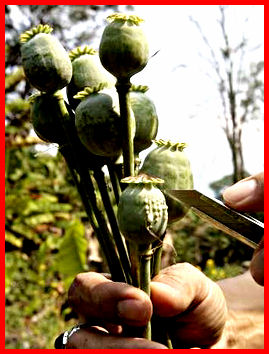 During the Clinton Administration, the CIA began to fund the Gulen and his movement with millions derived from drug trafficking – – including the revenues amassed by Turkish underworld figures (bubas) from the flow of heroin from Afghanistan through northern Iran to Turkey.

With the money, Gulen established radical madrassahs (Islamic schools) and cemaats (Muslim communities) throughout the Uzbekistan, Azerbaijan, Kazakhstan, Turkmernistan and newly newly formed Russian republics in order to gain control of the vast oil and natural gas reserves of these developing countries.

The movement grew to attract more than six million Muslim adherents, who supported Gulen’s attempt to restore the Ottoman Empire and to establish a universal caliphate.

By 1999, the CIA began to support Gulen’s effort to topple the secular government in Turkey so that he could have a firm base to gain control of the newly created countries in central Asia.

When Turkish officials became aware of Gulen’s intent, they moved to arrest him on charges of sedition.

Gulen fled the country for the United States where he received special immigration status as “a religious worker.”

With billions in backing, Gulen established his mountain fortress in Saylorsburg, Pennsylvania, where he continued to puppeteer events in Turkey through the Justice and Democratic Party (Adalet ve Kalkinma, AKP) – – a political party of his creation.

With the elections of 2002, the AKP gained absolute control of the Turkish government.

Under the AKP, Turkey has transformed from a secular state into an Islamic country with 85,000 active mosques – – one for every 350- citizens – – the highest number per capita in the world, 90,000 imams, more imams than teachers and physicians – – and thousands of state-run Islamic schools.

Despite the rhetoric of European Union accession, Turkey has transferred its alliance from Europe and the United States to Russia and Iran. It has moved toward friendship with Hamas, Hezbollah, and Syria and created a pervasive anti-Christian, anti-Jewish, and anti-America animus throughout the populace.

In recent years, Gulen, from his Pocono hideaway, has gained support of his movement from Saudi Arabia and Iran.

Several countries have become aware of the danger Gulen represents.

His movement has been outlawed in Russia and Uzbekistan.

Even the Netherlands, a nation that embraces pluralism and tolerance, has moved to cut funding to the Gulen madrassahs because of their imminent threat to the social order.

But Gulen’s dream of a New Islamic World Order continues to gain support and momentum throughout the Muslim world.

The CIA still nutures the belief that the Gulen movement will succeed in uniting the Muslims of Central Asia and, thereby, gain control of the natural resources of these countries for the so-called “good” of the American people.

Osama bin Laden’s notion of a universal caliphate is no longer an idle pipe dream.

Mr. Fuller presently serves as a consultant for the RAND corporation.

RAND, a so-called “think tank” that offers analysis to the Defense Department, has been labelled a CIA front.

In the past, Mr. Fuller has offered his ringing approval of other radical Islamic movements.

He characterized Tabligh Jamaat as “peaceful and apolitical preaching-to-the-people movement.”

Sheikh Mubarek Gilani came to the United States in 1969 as a Tabligh Jamaat missionary.

Jamaat ul-Fuqra, under Gilani’s leadership, has been involved in more terror attacks on American soil (thirty and counting) than all the other terrorist groups, including al-Qaeda and Hezbollah, combined. It has and sponsored assassinations, kidnappings, mass murder, grand theft, and fraud. It was largely responsible for the 1993 attack on the World Trade Center.

But Gulen’s application was not only endorsed by Mr. Fuller but also by former Under Secretary of State Marc Grossman, and former Ambassador to Turkey Morton Abramowitz.

The significance of their endorsement is more revealing and disturbing.

The worst is yet to come.