SOMALI TERRORISTS AT LARGE IN THE U.S. 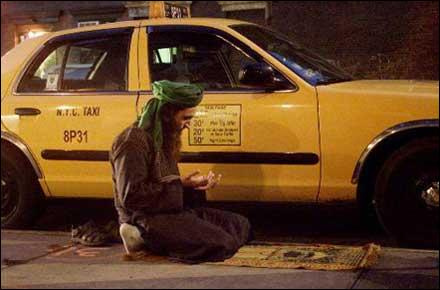 Hundreds of Somalis, including al Shabaab terrorists have been smuggled into the United States by Anthony Joseph Tracy, a native of Pennsylvania.

Tracy, who is white, converted to Islam while spending time in state prison.

In 2008, he traveled to the Horn of Africa, where he sold counterfeit documentation to Somalis who wished either to escape from their war-town country or to launch terror attacks on American soil.

Tracy was taken into custody in January by US officials and placed in a federal detention facility without parole.

According to the court testimony of Special Agent Thomas Eyre of the US Immigration and Naturalization Center (ICE), Tracy admitted to smuggling over 270 Somalis – – many “bad characters” – – into the United States from 2008 to 2010.

Despite his admission of illegal activity, Tracy was released from custody this week. ICE has offered no explanation of its failure to pursue prosecution.

None of the Somalis whom Tracy smuggled into the U.S. have been located.

Al Shabaab, an offspring of al Qaeda, has morphed into one of the world’s leading terrorist organizations.

In the wake of the bombings, U.S. officials have discovered that cells of al Shabaab have been planted in such major American cities as Minneapolis, Washington, D.C., New York, Atlanta, St. Louis, and Lewiston, Maine.

In 2008, al Shabaab declared war on the United Nations and the United States.

Several mosques in Minneapolis/St. Paul have been identified as al Shabaab recruiting centers, including Hassan Mahamud Taqwa and Abubakar As-Siddique.

Special Agent Eyre and other ICE officials maintain that the Somalis, who obtained Tracy’s services, were equipped with bogus bank statements and passports from Kenya which allowed them to fly to Cuba.

Upon receiving Cuban visas, the Somalis flew to Mexico and other South American countries and entered to United States over its southern border.

How much money Tracy received for his services remains unknown.

Also unknown is an accurate assessment of the number of Somalis presently residing in the United States.

What remains known are the facts that over 70,000 Somalis now live in Minneapolis/St.Paul and over 40,000 in Lewiston, Maine.

In recent years, a number of American Somalis have returned to their native land to enlist in al-Shabaab and to take place in the group’s jihad against the U.N.-backed Somali Transitional Federal Government.

Shirwa Ahmed, the first militant to carry out a bombing in Somalia, was a U.S. citizen from Minnesota.

In 2008, al-Shabaab declared war on the United Nations and the United States.

5 Responses to SOMALI TERRORISTS AT LARGE IN THE U.S.